From the archives | Fracking in Sutter County

I lived at the base of the Sutter Buttes between 2009 and 2011.  Known as 'the smallest mountain range in the world', the buttes are actually an extinct caldera.  They are a unique geological formation in the middle of the Sacramento Valley, which is otherwise completely flat.

The Buttes hold natural gas, and the fracking of wells began in earnest shortly before I moved back to the Bay Area.  I recently drove through the Buttes, and all of the wells have been drilled and tapped.  Made me thankful I stopped one afternoon to make these few pictures. 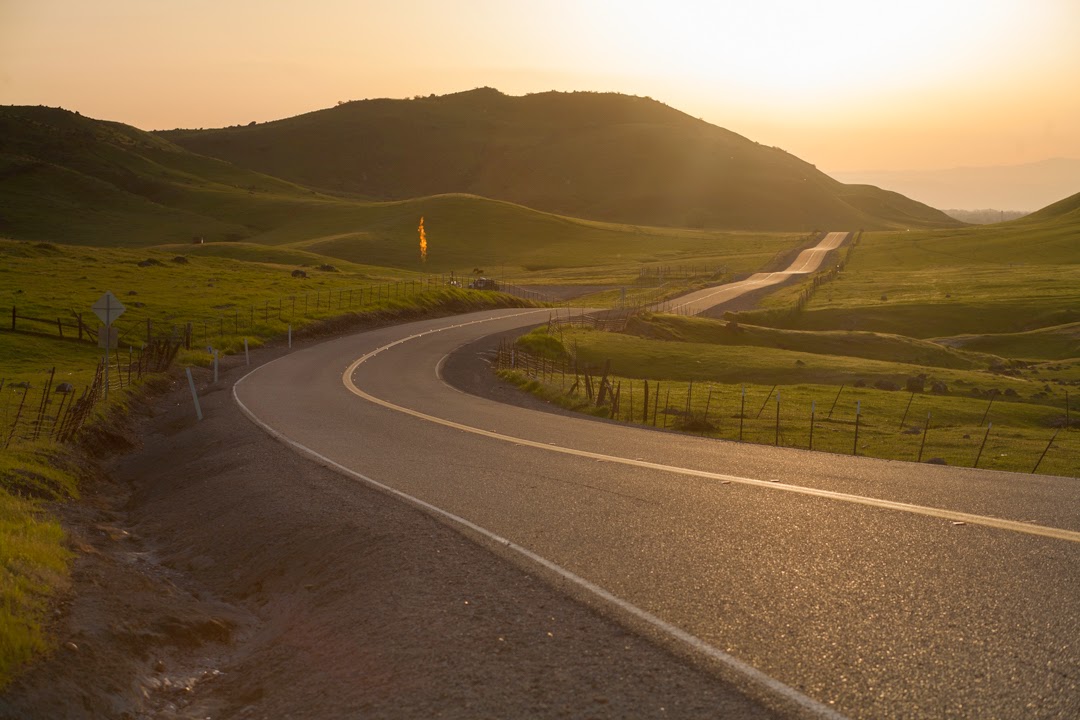 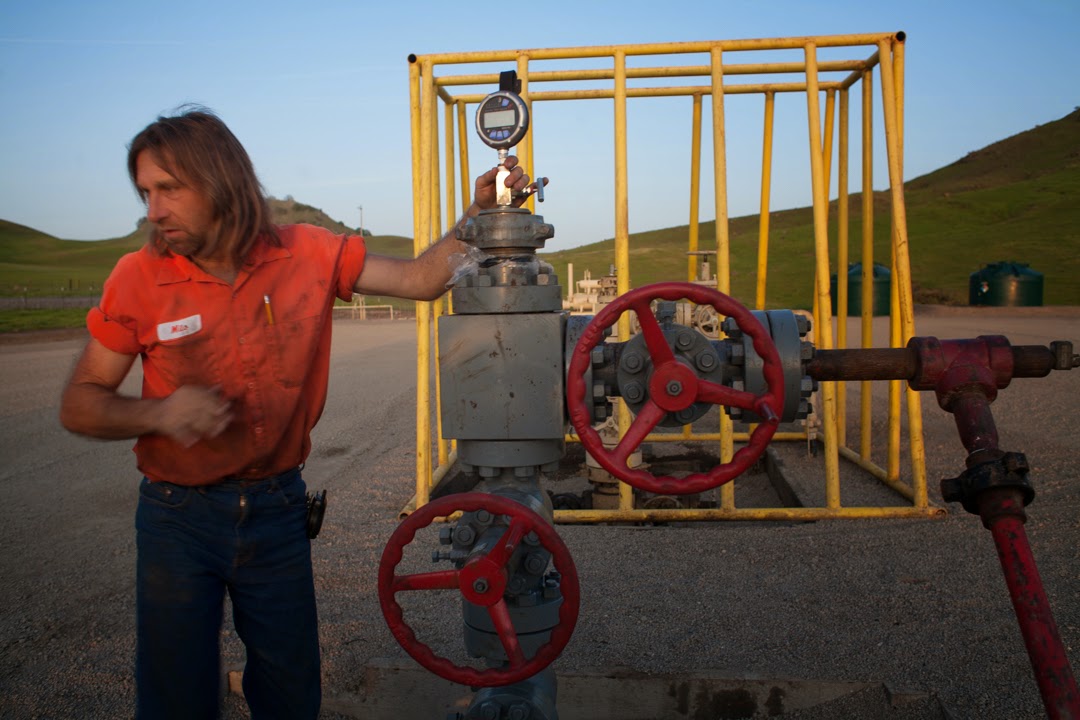 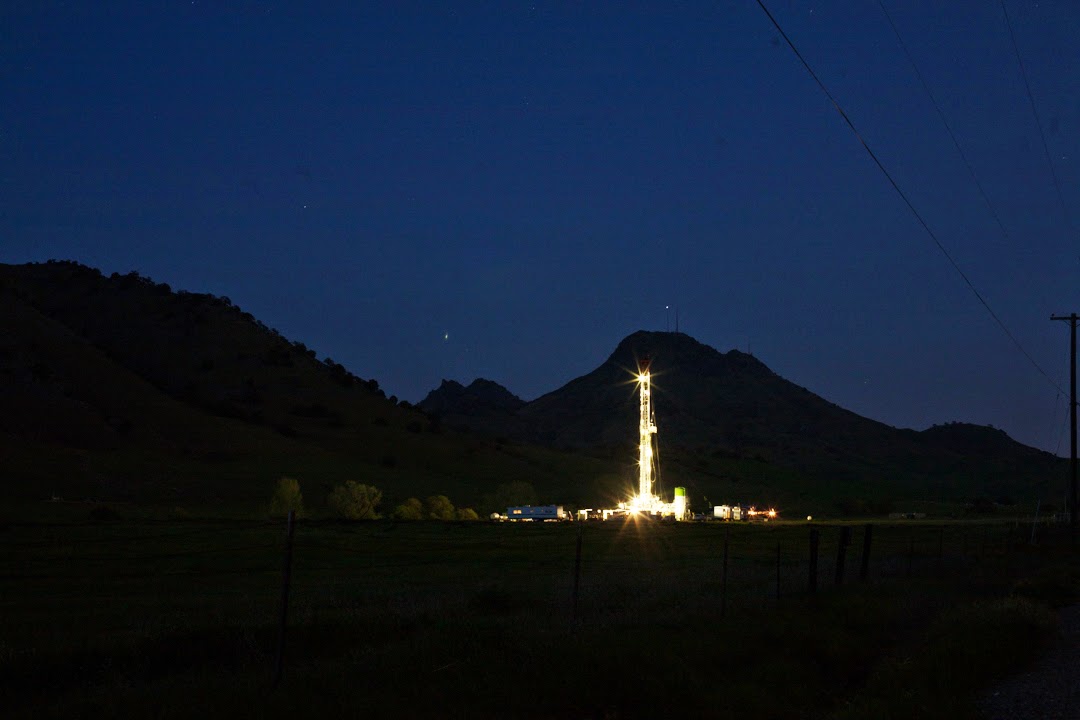 Posted by Weylandphoto at 3:49 PM No comments:


A common narrative is that southern California is a desert and 'steals' northern California water.  Although there is a small amount of truth in this statement, it does not accurately portray the situation.  A complex systems of reservoirs, canals and pumps bring water EVERYWHERE in California.  There is only one source:  the snow pack of the Sierra Nevada, which includes Mammoth just as much as Tahoe.

The reality is it doesn't rain anywhere in California between the months of June and October (generally speaking) except a tiny portion of the state near the Oregon border.  Effectively, all of California is a desert.  The South gets more water because they have more people and more agriculture.  But they have their own snow pack too.
Posted by Weylandphoto at 6:36 PM No comments: 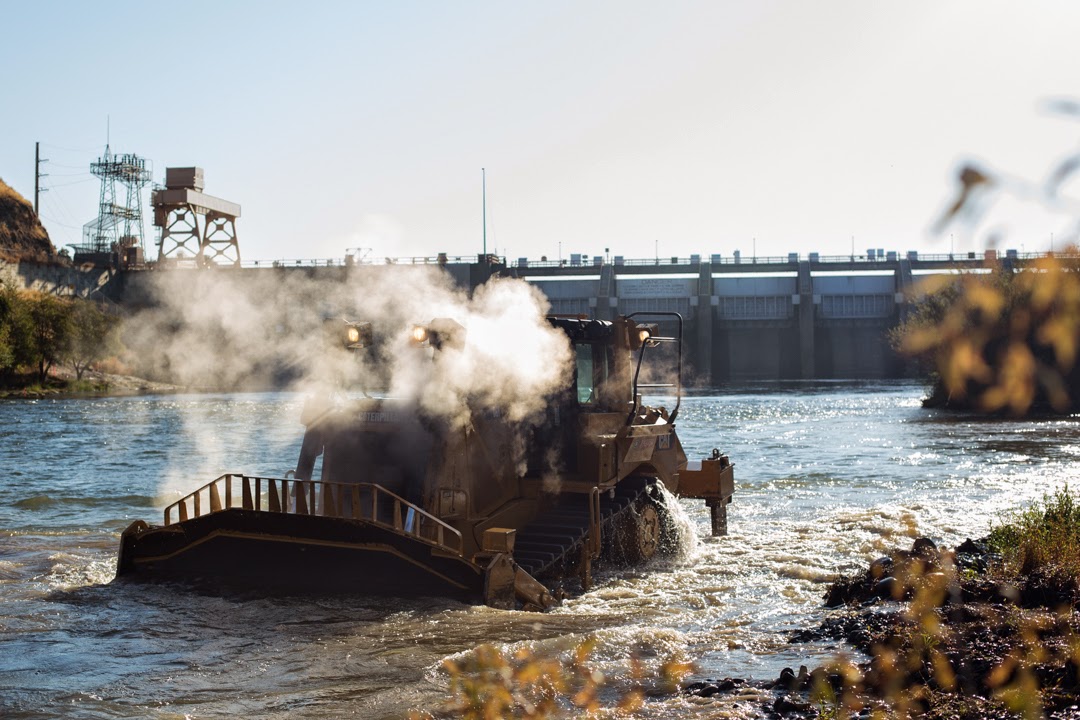 Salmon and other anadromous fish are picky when it comes to reproduction.  They need just the right combination of water depth, temperature, current and river bottom conditions.  On the American River, just below the Nimbus Dam, the Bureau of Reclamation are giving them some help. 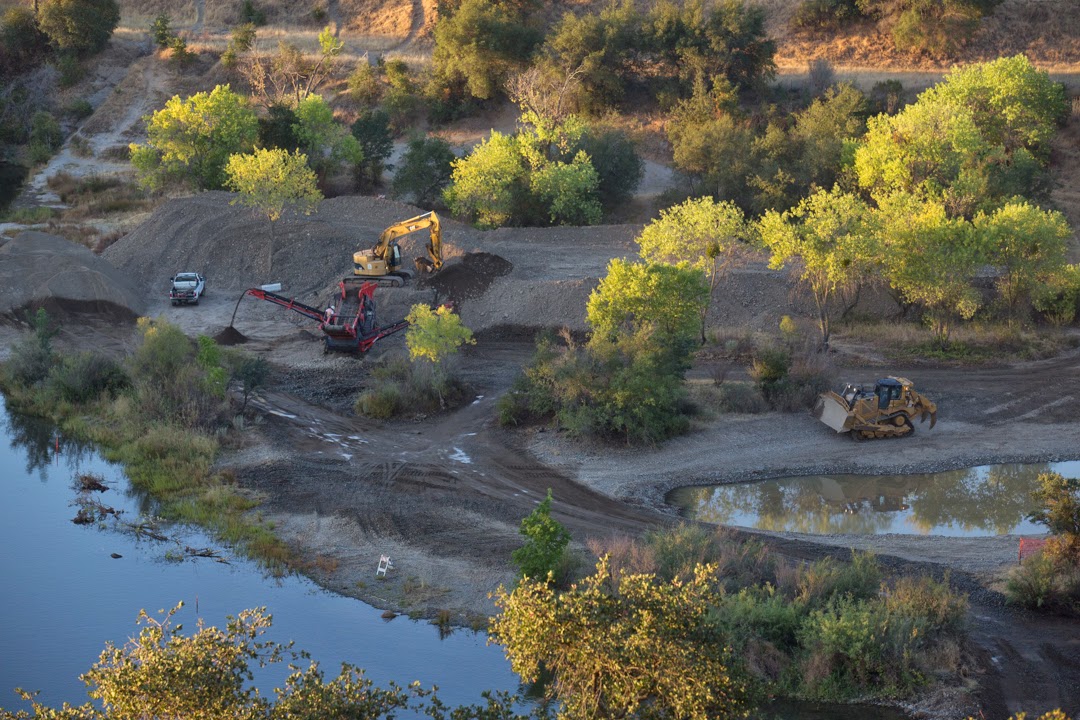 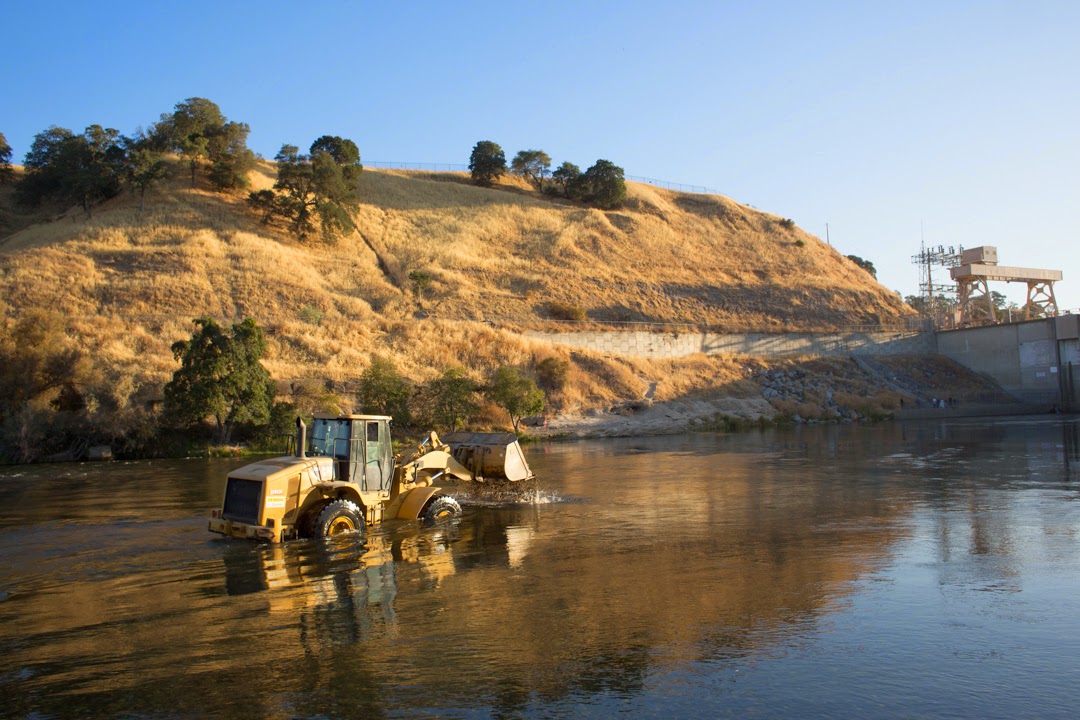 Using rock sorters and earth movers, loads of small pebbles are dumped into the river and then smoothed into ridges.  Salmon make their nests - or 'reds'- in shallow pebbly areas off the main channel.  The river is so low that the construction crews can easily stage equipment and sort rocks on the banks.  The work will continue until the end of August, with tree planting to follow.  Learn more by reading the Bureau of Reclamation press release. Posted by Weylandphoto at 7:08 AM 2 comments:

A few months ago I took a trip up to the newly created Stornetta Public Lands in Mendocino County.  My family is From Ukiah, county seat of Mendocino, and I don't need much of an excuse to visit the coast.

The executive order that created the new monument has been billed as a universal good for the land, the people and the local economy (The New York Times recently ranked it the #3 place to visit in 2014).  However, some wonder if a local constituency has been overlooked.

Isaac Rios is a Pomo Indian, a group indigenous to this remote stretch of the Mendocino Coast.  The Stornetta Public Lands are of ceremonial importance to the Pomo people.  Restriction on structures and fires have long prevented the Pomo from performing rites and ceremonies on the lands, restrictions which will continue now that the area is officially open to the public.  Is there a way to allow public access and a rite of return to ceremonial practices for indigenous groups?


Posted by Weylandphoto at 1:32 PM No comments:


In between the environmental and political forces are farmers, who must eek out a living in a volatile regulatory environment.  Farming is difficult enough (many professionals have likened it to gambling your life saving every year) without additional uncertainty.  Many people in urban areas criticize farming interests as subsidized and wealthy.   I have no problem with rational subsidies, because I believe a domestic food supply is a national resource, as is the culture and economy that come with it.  Which would you rather see, almond trees or gated communities?

In addition:  Over the past 5 years I've been following these issues, ALL of the most significant innovations in environmental restoration and water conservation that I've seen were implemented by farmers or ranchers (albeit often in partnership with government agencies or universities). They truly are on the front lines of this issue.


Posted by Weylandphoto at 7:48 PM No comments:

While working along the Klamath River in April of 2013, I returned to camp one afternoon and wandered down to the beach, and found a scene straight out of 1849.  Two men, bare-chested, beat pick-axes into the rock cliff bordering the river.

Turns out there is something of a new gold rush on, and these men where part of an organization called the New 49'ers.  The mining club has claims along rivers up and down the State, and members can camp and mine at will, keeping what gold they manage to beat out of the rock.

It is brutal work, made even more difficult by modern environmental demands.  Ben used a small pump to pull water out of the river to mix with ore and dirt, allowing the heavier gold to be caught up.  He had to dig a pit in the sand down the hill, so that zero water returned directly to the river.  Instead the water would slowly seep through the sand and earth, filtering it before it joined the water table below.

Carrying buckets of rock around in the blazing sun is not my idea of a good time.  As long the miners act responsibly and abide by the law, let them go to it.  By the great horned spoon!


Posted by Weylandphoto at 7:39 PM No comments:

This week the Obama administration released the third U.S. National Climate Assessment, analyzing and predicting the effect of climate changes on the different regions and economic sectors of America.  The first sentence of the Southwest regional section reads:


"Snowpack and streamflow amounts are projected to decline in parts of the Southwest, decreasing surface water supply reliability for cities, agriculture, and ecosystems." 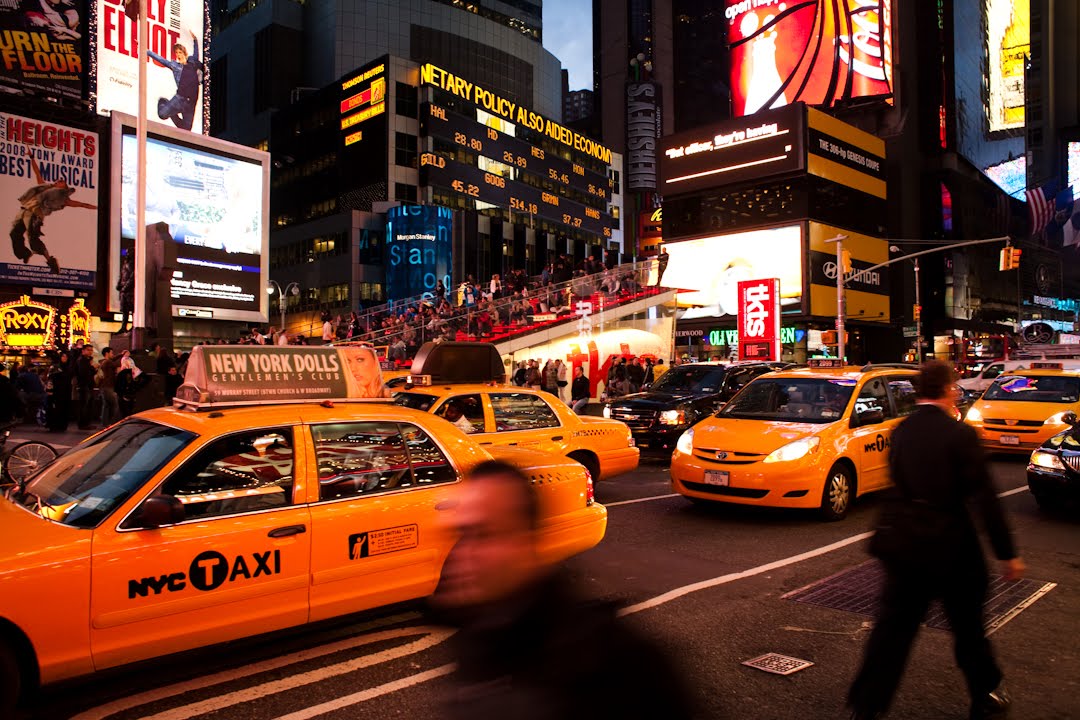 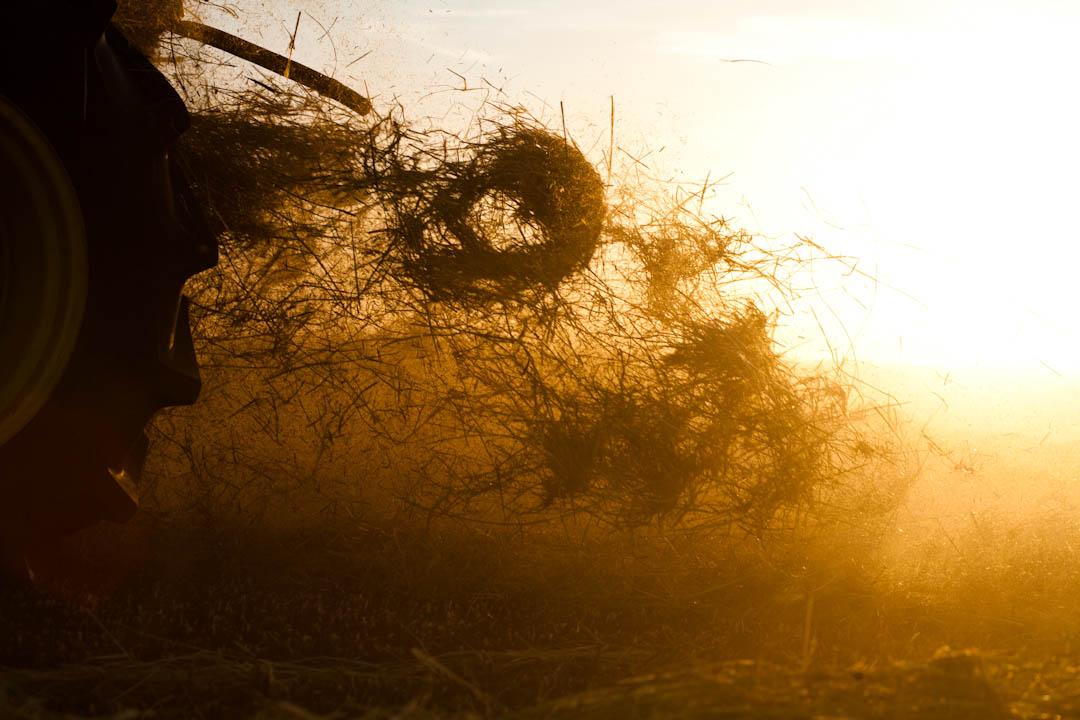 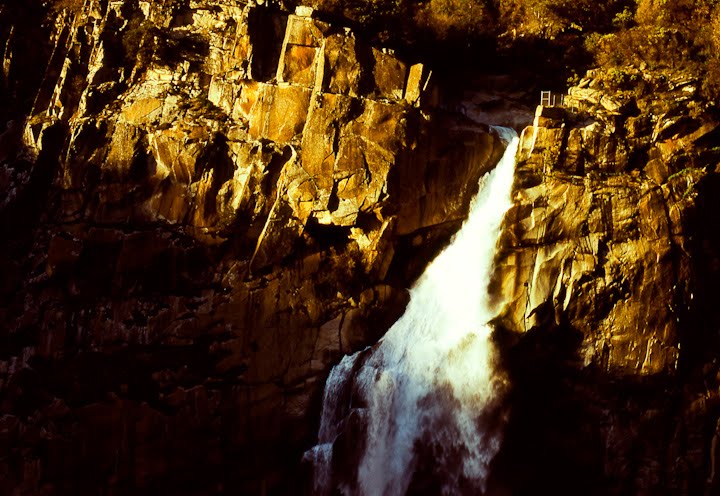 Who can we shortchange?  The answer should be obvious: no one.  All three are of vital importance, economically and culturally.  The only option is increased efficiency through technology and innovation.  Do dams create more water?  No.  They actually loose some, through evaporation.  Do tunnels under the delta create water? No.  We  need to address the primary problem, which is how to do more with less.


Posted by Weylandphoto at 1:58 PM No comments:

Older Posts Home
Subscribe to: Posts (Atom)
"A photograph is not created by a photographer. What they do is just to open a little window and capture it."
-Ferdinando Scianna

The copyrights to all of the content of this blog, both images and text, (with the sole exception of that template and general design that are the property of blogspot.com) are the sole property of Nathan Weyland. All rights are reserved and no unauthorized use is allowed except by express license.